End of the Fence Line 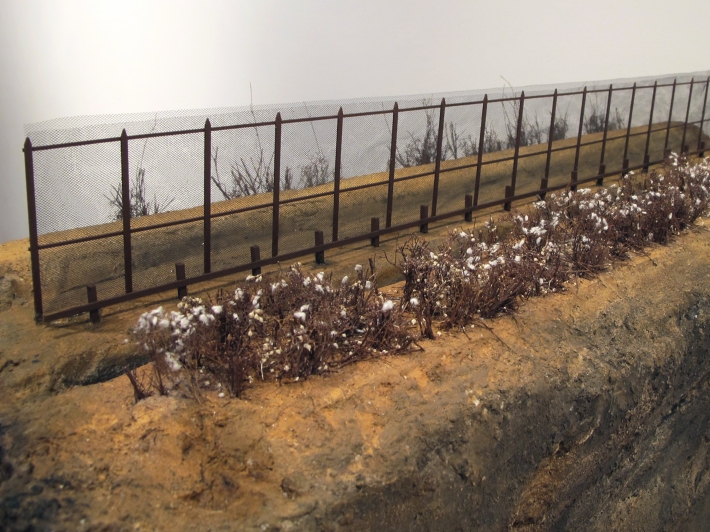 From the series of Landscape Sections—miniaturized representations of the borders and crossings between countries in varying degrees of conflicts with their neighbors. These borders have unintentionally become world icons, placed in the public’s eye by the media, though are often barren lands devoid of people except for the occasional border outpost, border crossing stations, or border towns. These sculptures take a slice or section from nature as a still or subliminal image of an environment in the past, present, or still in transition of being destroyed or healed, and is symbolic of important global issues in the world today.

End of the Fence Line is based on the end of the federal fence line at Fort Hancock TX. The sculpture is placed at eye level so the viewer has look to the other side through the fence.

Detailed ink drawings and Research (U.S./Mexico Border and Return to U.S/Mexico Border) in support of the project and its research can be viewed in the respective sections.